Happy Holidays from all of us at Access Office Business Center! December is full of reasons to celebrate and we hope that you get a chance to enjoy yours. If you get the chance to leave the house, below are some great events to check out in the next couple weeks. 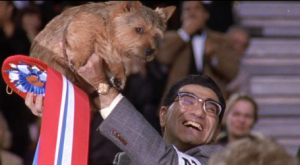 On Saturday, December 27th at 8:30pm, downtown Raleigh bar King’s will host the 2nd annual Dog Show with proceeds benefiting the Society for the Prevention of Cruelty to Animals. Twenty dogs and their humans will show off in front of a judge’s panel and live studio audience vying for the title of Top Dog of Raleigh. To sign up your furry friend, email info@kingsbarcade.com – no random dogs will be allowed on the day of the show. Admission is $10 to enter your canine and compete and $5 to attend a watch the fun. (Must be 18 or older to attend.)

First Night Raleigh is downtown Raleigh’s annual New Year’s celebration.  For only $10, you have access to every performance and venue – over 100 performances in three dozen locations. The event culminates with the Raleigh Acorn being lowered to ring in the New Year. An abundance of children’s activities happens from 2 – 6pm but for the older ones the fun continues after dark as well. More information on where to buy passes, where to park, a map, and overall schedule can be found on the website.

The first major exhibit about the state’s role in the film industry, Starring North Carolina is running at the NC Museum of History until September 2015. See costumes and props from movies and television shows, learn how NC became one of the nation’s top film and television production locations, and participate in the interactive exhibit showcasing hundreds of film-related items from the 1900s to the present. A sampling of items included in the 8,000-square-foot exhibit is listed online along with ticket prices and museum hours.