Are you ready for a showdown?! The Lonerider Showdown that is!

Taking place this Saturday March 29, the event will be held on Blount St in downtown Raleigh. Featuring a band line-up including Roseland (class country/folk rock), The Ends (American rock), Dark Water Rising (Soul/R&B/Country), Birds With Fleas (indie folk/rock), Look Homeward (Southern folk), and DJ K Stones (one of the hottest female DJs in the nation). The lineup and location of the bands can be found on the website. 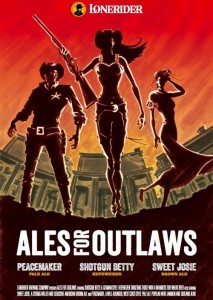 Proceeds from the event will benefit the Boys & Girls Clubs in Wake County so you can enjoy the bands and brews and know you are helping support an organization that works to enable all young people, especially those who need it most, to reach their full potential.

Tickets are only $20 for general admission or $75 for VIP. Beers can be purchased for $3 at the event. A VIP ticket includes food and beer. The event kicks off at 4pm on Saturday, March 29th.

Weekend Fun for the Whole Family: Antiques, Brains, and Improv!