Happy New Year! Hope the end of your 2014 was great and that you’re looking forward to this year. This may also be the time when you make resolutions or goals for the coming months. However, a lot of these resolutions often focus on negatives like eating less or losing weight. We’d like to focus on more optimistic goals like laughing more, doing more community service, or seeing more classic movies. Below are three great upcoming local events to help you out with these positively-inspired resolutions!

Returning to the Carolina Theatre with “The Second City Hits Home,” Chicago’s legendary sketch and improve comedy theatre troupe’s show features hilarious sketches, songs, and improvisation about Durham as well as gems from the Second City archives. Known for turning out such star alumni as Tina Fey, Stephen Colbert, Steve Carell, Gilda Radner, Bill Murray and more, The Second City is celebrating 54 years of cutting edge satire – see these comedians now before you miss the chance! The show is at 8:30pm on Saturday, January 17th and tickets start at $24. 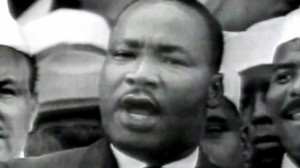 This upcoming Monday celebrates the birthday of one of the most influential civil rights leaders ever – Dr. Martin Luther King, Jr. In honor of his legacy, the Town of Cary is hosting Dreamfest January 16 – 19. Events include a Women of Action Gathering including a fashion show honoring Dress for Success; a presentation including Naomi King, who along with her husband worked behind-the-scenes to fulfill her brother-in-law’s dreams for community; an arts tribute; a commemorative march; a day of service; and a celebration. Events are free and open to the public and detailed information on locations and time are on the website. Participating is a great way to celebrate the life and legacy of a great man.

NCMA Cinema: Dressed to Impress: Costumes and Character in the Movies

One of the best things about Hollywood is its amazing ability to create the most fantastic costumes for some movies. Starting on Friday, January 16th, and continuing on Fridays through March, the North Carolina Museum of Art is hosting “Dressed to Impress: Costumes and Character in the Movies” – featuring a variety of costumes from comedic to transformational to glamorous. All films are introduced by NCMA film curator Laura Boyes, doors open at 7:15, show is at 8:00pm – tickets are $5 for members, $7 for non-members, and $5 for youth (older teens can attend).